Our militaries have done their part by breaking open freedom of speech and democracy so that people are now in charge of their own future. I wouldn't give anything to anyone until that pillar is in place. But it is indeed in place in Afghanistan, and I had Waheed as an intermediatry. So I gave him some money and asked him to buy some school supplies for kids and get some photos, which he did. So here are the photos (all taken back in 2006). I asked Waheed to tell the kids that the supplies were from Australia, not USA, because I want them to know that this action has nothing to do with America. There are plenty of non-US troops in Afghanistan and the mission has nothing to do with America in particular. Spreading freedom is something common to many countries. I spent hours looking at the first picture when I received it (by itself). It was wonderful to be able to bring a smile to someone's face for such a small gift. Afghanistan is great value for money. The tall guy in the blue shirt in the first picture might be 18 now and might even be signing up to the Afghan National Army. He looks like the sort of guy who would be good to have on your team. 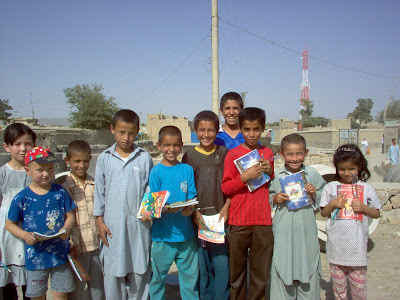 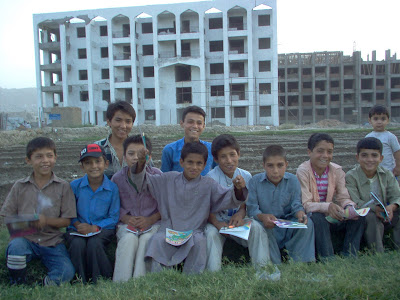 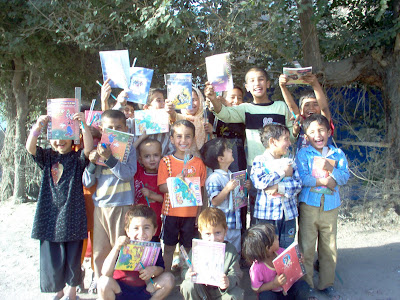 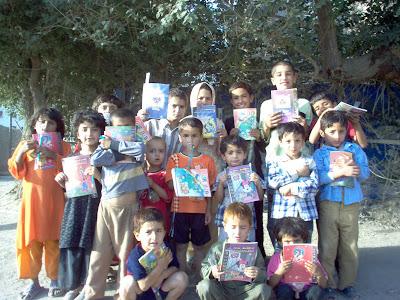 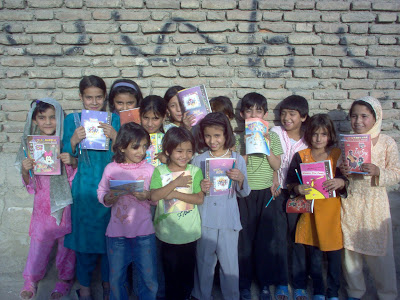 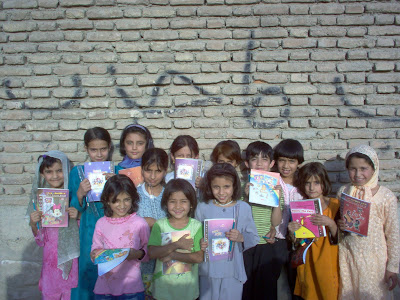