Kelly, my Filipina bride-to-be, has established a new church called "New Iglesia". "Iglesia" means "church" in Tagalog, the language of the Philippines. So the name of the church is a combination of both English and Tagalog, showing the union of two great and beautiful languages. The name "Iglesia" was used mainly because of the existence of "Iglesia ni Cristo", which showed that (some) Filipinos are open to the possibility of a modern-day messenger of God.

The church has a human rights focus, and gets a lot of its material from the Mu'tazilah, which is an extinct rationalist sect of Islam that I am trying to revive, as I think it is the best sect of Islam. Islam was at its greatest when the Mu'tazilah were in power. And unlike all other churches, this church does not ask for or accept donations. It instead provides free meryenda (snack). This is based on idea #60 here.

The first service had 69 attendees and the second (where it was raining) had 58, an excellent start. It is starting from humble beginnings, but expected to expand. 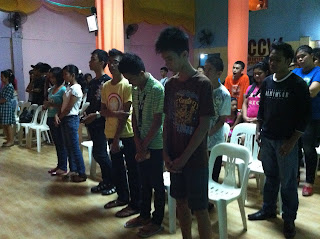